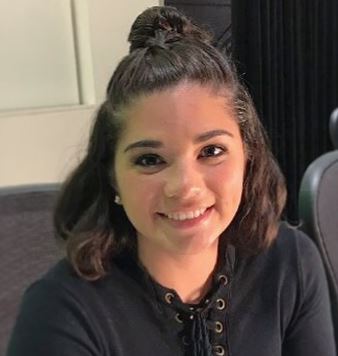 Coming into college as a journalism major was scary enough. Everyone always rants about how “journalism is dead” and how we’ll never find a place in a newsroom.

Despite the negativity, we’re still here. But the future of journalism is growing even more uncertain as President Donald Trump continually attacks the media.

On Nov. 7, Trump took the drastic step of revoking the “hard pass” of CNN Chief White House Correspondent Jim Acosta. This backlash came after a heated confrontation between Acosta and Trump in a press conference following Tuesday’s midterm elections.

According to White House Press Secretary Sarah Huckabee Sanders, the decision was based on the accusation that Acosta put his hands on a White House aide who tried retrieving the microphone from Acosta during the press conference. Video of the incident shows that is false.

Trump is no stranger to attacks on the media and is a clear opponent of any view that opposes his own. After the October 2018 pipe bomb packages, he tweeted: “A very big part of the Anger we see today in our society is caused by the purposely false and inaccurate reporting of the Mainstream Media that I refer to as Fake News. It has gotten so bad and hateful that it is beyond description. Mainstream Media must clean up its act, FAST!”

The revoking of Acosta’s pass that allows him access to White House grounds is not only a childish stunt but a clear attack on the free press. The news media – often referred to as the “Fourth Estate” – is supposed to act as a watchdog and question the actions of those in power. How are we supposed to do that if the leader of our country believes that the way of dealing with views that oppose his own is by attempting to silence them?

What’s worse is that this isn’t the first time Trump has tried to do this. In a recent PEN America lawsuit, it was revealed that the Trump administration has tried many time before to revoke press credentials of critical reporters.

“President Trump has thus intentionally hung a sword of Damocles over the heads of countless writers, journalists, and media entities,” the lawsuit claims. “His actions seek to accomplish indirectly what the President cannot do directly: impede professional and investigative journalism, and silence criticism.”

This type of retaliation from our commander-in-chief is a violation of First Amendment rights and should be deemed unconstitutional. Trump is a demagogue running a fear campaign, painting the media as the enemy.

It needs to be known that the media is not the enemy here. Rather, the President is emerging as the enemy of the free press. Those who oppose a free press and free speech oppose democracy. This smear campaign against the media needs to be recognized for what it is.

As of now, the First Amendment still stands. Whether Trump likes it or not, the media will continue to question his behavior. In the face of this adversity, journalists will continue to pursue the truth.