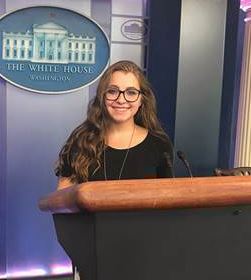 BOSTON — Newsrooms are slashing budgets and shedding reporters, posing an even greater threat to the free press than the president’s near-daily attacks on the media, ProPublica Editor-in-Chief Stephen Engelberg told the New England First Amendment Coalition.

Named after the late publisher of The Providence Journal, the Hamblett Award is given each year to someone who has promoted, defended or advocated for the First Amendment throughout his or her career. Engelberg is an investigative journalist who was the founding managing editor of ProPublica, he was managing editor of The Oregonian, he worked for 18 years at The New York Times as an editor and reporter, and he has been a fierce supporter of the free press.

NEFAC defends and protects the First Amendment of the U.S. Constitution while helping to expand access to public information about the government and the work it does. At the 2019 NEFAC awards, recipients were honored for promoting and defending the First Amendment.

“It’s a great honor,” Engelberg said after receiving his award.

During his keynote speech, he talked about what it’s like as a journalist and what he has learned over the years. He said students in the room might look across the table at veteran journalists and think that it’s easy for them and that they have it all figured out. But they don’t.


“Writing is not easy,” Engelberg said. “If it were easy, a lot more people would do it well.”

The First Amendment has been around for centuries, and there have been hundreds of years worth of U.S. Supreme Court First Amendment cases that set that the tone of what to do, he said. Certain landmark cases are about to see their 100th anniversary, yet Engelberg said that there are still times where First Amendment freedoms are challenged and free speech is restricted.

He cited cases such as New York Times v. Sullivan, a 1964 U.S. Supreme Court ruling that established the “actual malice” standard that must be met before press reports about public officials can be considered libel.

“We, American journalists, forget what a truly mighty shield that decision is,” Engelberg said. “Because, in essence, what it says is we can pursue stories about public officials…as long as we adhere to the basic principles of professional standards, even if we make a mistake.”

He wrapped up his speech by talking President Trump’s attacks on the press and what he thinks is the most imminent threat to the First Amendment today: the economic perspective. He said the need to help local newspapers is “truly dire.” He believes that local journalism will have to be evolve to be more philanthropic. However, he recognizes that having large budgets are not what’s going to save democracy.

“I think, as our colleagues at the Washington Post like to say, democracy dies in darkness,” Engelberg said. “I think there’s something to that.”