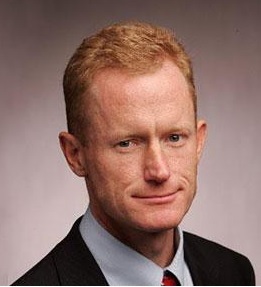 Earlier this year, student journalists at a Kansas high school decided to write a profile about their newly hired principal. As they researched the principal’s background, they began unearthing questions about her educational credentials.

For example, the young reporters found that she had received master’s and doctoral degrees from a school, Corllins University, that was not currently accredited and that had been portrayed in articles as a “diploma mill.” Four days after the article ran in The Booster Redux, the principal resigned.

That story ended up earning the students widespread praise and national news coverage. But that story probably would never have seen the light of day if Kansas hadn’t had a student press freedom law on the books, said Frank LoMonte, executive director of the Student Press Law Center, based in Washington, D.C. “They had the courage to go forward because the law protected their backs,” he said.

State Sen. Gayle L. Goldin, D-Providence, said the Booster Redux scoop bolsters the case for her bill, the Student Journalists’ Freedom of Expression Act (Senate Bill 0600). “What it shows you is the value of having the freedom for students to do that kind of investigative journalism,” she said. “They were able to bring accountability to their school and to the whole school system, and on top of that, it was an incredible educational experience for them.”

Justin Silverman, executive director of the New England First Amendment Coalition, said, “Student journalism is perhaps the greatest civics lesson we can teach in our schools. By allowing students to write about what’s important to them, we are sending the message that what they say matters and needs to be heard. This is empowering not just for them but for the entire community that needs to know what happening in our schools and to have the opportunity to do something about it. These student journalists aren’t just our future watchdogs. They are our eyes and ears right now.”

LoMonte had a simple message for Rhode Island officials: “I would tell them that journalism is not a problem for schools — it’s a solution.”

With the advent of social media, it is futile for schools to try to stop students from learning about and having conversations about controversial topics, LoMonte said. “You can’t hold back the flood of information,” he said. “It’s much better to manage it in a journalistically responsible way. I always tell people it’s their choice: The discussion of controversies will take place either in a supervised, accountable newsroom – or on social media. But it’s definitely going to take place.”

LoMonte said he has heard of no organized opposition to the legislation in Rhode Island. “The only thing is hallway chatter that high school students are too young to be trusted with press freedom,” he said. “My answer to that is: Read the bill. It’s filled with safeguards.”

For example, the Rhode Island legislation would not authorize or protect expression by a student that is “libelous or slanderous” or that “incites students as to create a clear and present danger of the commission of an unlawful act” or “the violation of school district policy.”

But the legislation would protect student journalists, and their advisers, from retaliation and censorship when articles address controversial topics.
Mike Donoghue, executive director of the Vermont Press Association and first vice president of the New England First Amendment Coalition, said Vermont legislators heard from student journalists about pushback they received from school officials when writing about controversies such as an impasse in teacher negotiations, sexting cases involving students and a bond item to repair schools. Such issues are reported by other media and they’re discussed by students in other settings, so students should be free to report on them, he said.

In its 1988 Hazelwood v. Kuhlmeier ruling, the U.S. Supreme Court upheld the right of a public high school in St. Louis, Mo., to censor student newspaper stories about teen pregnancy and the effects of divorce on children. States such as Massachusetts reacted to the Hazelwood ruling by passing press freedom acts, and now a second wave of “anti-Hazelwood” bills are moving forward.

To help in the effort, Donoghue said he and LoMonte tried to get Vermont-based Ben & Jerry’s to create a new flavor of ice cream called “Hazelwood is Nuts.” But Rhode Island shouldn’t wait for Ben & Jerry; it should provide student journalists with protection so they can get their own scoops.