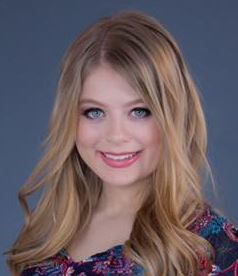 BOSTON — Five years after Dave Altimari filed a request for the records of Sandy Hook shooter Adam Lanza, the reporter accepted the Freedom of Information Award from the New England First Amendment Coalition on behalf of the Hartford Courant.

On Dec. 9, 2018, Altimari and Josh Kovner published a story about Lanza based on more than 1,000 pages they pried loose in a long legal battle that ended with a 5-0 Connecticut Supreme Court decision.

“The extent of Adam Lanza’s abject loneliness, the intensity of his scorn for the world, his interest in pedophilia, his astounding list of daily grievances, the reach of his obsession with mass murder — some of the granular details of the Sandy Hook shooter’s last years have been elusive,” the story began. “Until now.”

The documents show pictures of Lanza in elementary school along with poems he had written growing up.

“We spent five years trying to get these documents,” Altimari said. “And there were a lot of times I didn’t think we were going to get them.”

“Many of the clues to what led Adam Lanza’s dark descent to depravity could be found in writings, psychiatric evaluations and email communications seized from Lanza’s home by state police in the days after the shooting,” Hartford Courant Publisher and Editor-in-Chief Andrew Julien said. “But those documents were locked away from the public, press and experts by state police who delayed and then denied the Courant’s yearlong efforts to win their release.”

On Feb. 15, Altimari and Julien were in Boston for NEFAC’s annual First Amendment awards luncheon. The Michael Donoghue Freedom of Information Award is given to journalists who fight for the public’s right to know under federal or state law. Releasing Lanza’s documents creates a trail, helping to explain why he may have decided to shoot 20 children and six adults fatally.

“I am unable to distinguish between my problems because I have too many,” Lanza wrote in one of the documents the Hartford Courant reporters released.

Lanza, a child diagnosed with sensory disorders and on the autism spectrum, wrote about his problems and thoughts quite often. In an undated document, he writes about how children should be raised more independently and should not have a need to follow everything their parents say.

Although the documents will never give the exact reason why the 20-year-old would kill his mother and raid Sandy Hook Elementary School with a rifle, Altimari and Kovner fought for the crucial pieces that may have led to this tragic event.

“There’s gonna be more Adam Lanzas,” Altimari said. “The more you know about the ones that you know, the better the chance you have at trying to stop them.”

Thank you, Altimari and Kovner, for proving journalists are indeed society’s watchdogs.