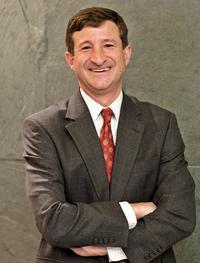 Andrew Horwitz, professor of law, assistant dean for experiential education and director of the Criminal Defense Clinic at the RWU School of Law:

Sadly, Cranston, R.I., has recently joined the ranks of those jurisdictions that have decided that the best way to deal with homelessness is to make it a crime. This national phenomenon, fostered in an environment of ignorance, fear and hatred, is nothing new, but it is suddenly becoming much more pervasive. Jurisdictions around the country have moved to criminalize activities that are inherently associated with homelessness, such as sleeping in public, sleeping in vehicles, loitering and panhandling. Of course, criminalizing these activities doesn’t resolve the underlying problems, but it does sometimes move the problems out of public view; to some, that seems to be a worthy objective.

On Feb. 15, 2017, the Cranston City Council approved an amendment to an ordinance titled “Solicitation on Roadways Prohibited” that makes it a crime for a person to “stand in or enter upon a roadway for the purpose of distributing anything to the occupant of any vehicle or for the purpose of receiving anything from the occupant of any vehicle.” The amendment changed the name of the Ordinance to “Prohibition Against Distribution to and Receiving from Occupants of Vehicles,” but that did not change the intent of the ordinance: the prohibition of panhandling.

The prior version of the ordinance had broadly prohibited distributing literature to or requesting donations from the operator or any passenger of any motor vehicle. As a consequence of a federal lawsuit filed by the American Civil Liberties Union, the city of Cranston signed a consent judgment conceding that that ordinance violated the First Amendment. Undeterred by this pesky thing called the U.S. Constitution, however, the Cranston City Council carried on in its war on the homeless, seeking an end run around the exercise of clearly established constitutional rights. This latest amendment, the supporters contend, is somehow more narrowly tailored than the prior law, but the 1st U.S. Circuit Court of Appeals would clearly say otherwise.

In Cutting v. City of Portland, Maine, 802 F.3d 79 (1st Cir. 2015), the Boston-based 1st Circuit struck down on First Amendment grounds an ordinance banning panhandling on medians in Portland, Maine. In that case, the city conceded that roadway medians – the target of the Cranston ordinance – are “traditional public fora” where a great deal of constitutionally protected speech has historically taken place. As such, the 1st Circuit noted, in such places “the government’s authority to regulate speech . . . is especially limited.” Citing the same lack of evidence that plagued the Cranston City Council deliberations, which featured broad assertions about public safety but no actual data suggesting that a public safety problem exists, the 1st Circuit found that such a sweeping intrusion into the free speech rights of panhandlers and passersby simply could not survive constitutional scrutiny.

Shortly after that decision was issued, the U.S. District Court for the District of Massachusetts, in McLaughlin v. City of Lowell, 140 F. Supp.3d 177 (D. Mass. 2015), similarly struck down on First Amendment grounds an ordinance that sought to prohibit soliciting in the downtown area of Lowell. Emphasizing that panhandling “is expressive activity within the scope of the First Amendment,” and that it “is an expressive act regardless of what words, if any, a panhandler speaks,” the court found that the broad prohibition of panhandling in the downtown area violated the Constitution.

Fully aware of this case law, which informed the consent decree the city had signed, and advised by multiple lawyers that the proposed ordinance was in every meaningful way a duplicate of the Portland ordinance that the 1st Circuit rejected, the Cranston City Council went ahead and passed this amendment. The public hearings included multiple sad displays of venom and animus toward the homeless, and the resulting legislation was an equally mean-spirited act that defies any sensible public policy and that will undoubtedly cost the city tens or more likely hundreds of thousands of dollars in litigation costs.

Many of us who care deeply about our constitutional rights felt compelled to respond. On March 27, 2017, we stood on a median in Cranston and distributed literature through car windows, just as clear a violation of the ordinance as it was a valid assertion of our First Amendment rights. As we were removed from the median by the Cranston Police Department, some of us were – absurdly – charged with violating a state statute that prohibits a pedestrian from crossing a freeway. Because the median on which we stood was not even plausibly connected to a freeway, those charges were summarily dismissed at our arraignment. The more interesting charges – those involving violating the anti-panhandling ordinance – lie ahead.

The saddest part of what comes next is that the money that will go to feed the lawyers could instead be used to feed and house the homeless. What a sad and shameful display.