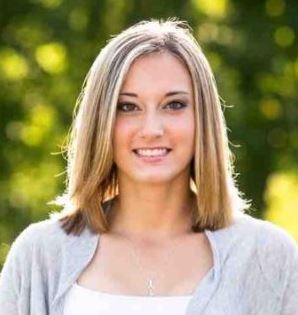 BOSTON – This is all of our fight.

Jane Mayer, investigative journalist for The New Yorker, delivered a powerful speech on Feb. 23 at the New England First Amendment Coalition’s awards luncheon in Boston, where she received the Stephen Hamblett First Amendment award for her most recent book, “Dark Money,” and her other journalistic accomplishments.

Starting off at the smallest weekly newspaper in Vermont, Mayer worked for The Weathersfield Weekly during the summer of the Watergate hearings when she was in high school. She was inspired by Bob Woodward and Carl Bernstein, and even though her job in Vermont was not exactly “big time” journalism, she hoped that one day she could write about an issue of such importance. Although there weren’t any “Pulitzer Prize-winning scandals” in Vermont, she said she learned a very important lesson: There is a difference between opinion and fact.

Donald Trump is not the first president to attack the press, Mayer said, noting that Richard Nixon used the same strategy and tried to destroy the legitimacy of the media.

“Like Nixon, Trump is using his considerable First Amendment platform that comes with the presidency to try to turn the country against reporters who are exercising their own First Amendment right to speak and do their jobs,” she said. “This strategy did not work for Nixon, and it will not work for Trump.”

But by attacking the media, Trump is actually helping the newspaper business, Mayer said, noting that The New Yorker’s readership is soaring, along with that of The New York Times and The Washington Post.

Mayer said it has been “startling” to see the president using the kind of language he has. Trump is not only marginalizing reporters, but dehumanizing them — calling them “disgusting” and “a stain on America.”

Mayer believes these are not isolated outbursts, but a sustained assault. As a candidate, Trump posted more than 1,000 tweets criticizing the press, and during his first year as president, he tweeted about “fake news” more than 150 times.

His strategy, Mayer said, is to demean and even criminalize his enemies. We’re still a nation of laws with a powerful and independent press, but she said it would be naïve to suggest that the road ahead is not going to be bumpy.

In his war against the press and the First Amendment, Mayer noted the two weapons Trump has on his side: the high level of distrust for the news media and the dangers of the age of social media. She called social media an “unfiltered free-for-all” that creates a “confusing cacophony” in which it becomes increasingly difficult for readers to decide what is true and what is not.

Social media, especially Facebook, can circulate false information to 2 billion people in one day. The hard work investigative journalists do can be overpowered by these social media posts.

Mayer has an action plan derived from her own experiences in the “media trenches.”

In 2010, after her investigative report on the history of extremely wealthy conservatives and their mission to influence the American presidency, Mayer herself was targeted. Charles and David Koch, two billionaire brothers who have funded a wide variety of organizations that influence the government for their own benefit, hired private investigators to dig up any dirt they could find on her. When her legitimacy was publicly questioned, several colleagues “jumped into the fray” and defended her work and her integrity. They did it quickly and generously, even though it “wasn’t their fight,” she said.

Mayer said they sensed that this is “all of our fight,” and what we need to do now is keep telling the truth and doing our jobs.

“And when honest, evidence based-truth, or those who tell it, are attacked,” she said, “I hope that all of you, too, will jump into the fray, speak up, defend the First Amendment, and have each other’s backs.”