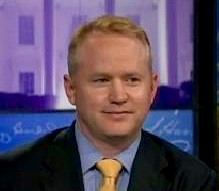 Taylor Stoermer, professor who teaches the history and modern practice of democracy at RWU and public history at Harvard University:

To Roger Williams, liberty of conscience was everything. In one’s conscience lay the very keys to life in this world and the next, as study leads to thought, thought to belief, belief to faith, and faith to salvation.

In his case, of course, that study was of the scripture, and the salvation a religious rather than intellectual one, but the core principle remains the least known of our Enlightenment legacies. For in liberty of conscience — Roger Williams’ “soul liberty” — lay the basis of political freedom for all. Even Thomas Jefferson, perhaps the least like Williams of all the Founders, followed our Puritan icon in this critical respect, emphasizing in his argument for the establishment of the University of Virginia that “here we are not afraid to follow truth wherever it may lead, nor to tolerate any error so long as reason is left free to combat it.”

While the famously pugnacious Williams would have had no trouble engaging in literal combat in the pursuit of truth, the constitutionally conflict-averse Jefferson preferred more decorous displays of intellectual pugilism. But both forms of engagement are now appearing on college campuses across America, as students organize to actively oppose visiting speakers whose views with which they disagree.

The most glaring example is that of Milo Yiannopoulos — an “alt-right writer and provocateur” (according to BBC News) and a staunch supporter of President Trump — who attempted to speak at the University of California at Berkeley in February, only to be stopped by hundreds of students who had to be dispersed by riot police using tear gas. The president called the students’ actions an “attack on free speech” and threatened to withhold federal funds from the university if it did not allow liberty of expression. More recently, students at Claremont McKenna College, in southern California, physically prevented other students from attending a lecture by “War on Cops” author Heather Mac Donald. And, closer to home, Middlebury College students shouted down an attempt by Charles Murray — an author whose ideas about the link between race and intelligence fall somewhere between the laughable and indefensible — to present his views there, even though Murray had been invited to campus by a group of conservative Middlebury students.

What do we, as educators of a community of civic scholars, do with what might be the beginning of a trend that hasn’t been seen on American campuses since the Civil Rights era? It is, after all, as professors of all sorts like to say, the mother of all teachable moments.

And the Roger Williams University experience, as it is being shaped through the Core Curriculum and Roger Seminars, is unlike that of most institutions of higher learning. We expect more from our students as citizens of a global community, who understand both their rights and responsibilities as exponents of what might be called “the Roger Williams way” — to be educated about the right and wrongs of the past and present, and to use that information to actively shape the future for the better. We emphasize immersive involvement in the world around us through our growing and diverse community partnership programs, where were just celebrated on April 12 at the Community Engagement Celebration at the WaterFire Arts Center in Providence. But how far does that civic activism go, and what form should it take? Does it mean the prevention of viewpoints with which we disagree?

I put this question to my Core 102 students, who enter our classes every week expecting the unexpected. In a course called “The Challenges of Democracy” — which traces the global reach and varied implications of the myths and realities of democratic ideas and ideals — we consistently connect the past to the present, the local to the global, while always responding to relevant events on campus and beyond that shape both the concept and their lives. But no matter how often I encounter them, Roger Williams University students frequently surprise me with their intellectual and political diversity, and their emotional maturity, as we tackle complex issues. A discussion of the events at Berkeley and Claremont McKenna produced similarly interesting, and heartening, conclusions.

One first-year student sufficiently summed up her colleagues’ opinions in a way that would have made both Williams and Jefferson proud when she stated that preventing the speakers was tantamount to surrendering in the fight to protect liberty of conscience. If you personally don’t like the speaker, vote with your feet and don’t go. Or use your arguments to persuade others not to attend. Or protest the ideas more directly with informed views of your own. But under no circumstances prevent the opportunity for engagement. Instead, embrace it, let reason loose to combat error, whether such missteps embrace police brutality or racist views, through informed argument, refutation, and intellectual passion — just as Roger Williams would have done.

The spirit of the liberty of conscience that infuses all the rights guaranteed by the First Amendment is therefore alive and well among the student body at Roger Williams University. Hardly a zone of political correctness in which dissent from popular views will not be tolerated, it is a place where a free and open exchange of ideas can be celebrated — and not as a luxury, or as a privilege, but as a responsibility of civic scholars, a community endeavor that includes faculty as well as students. In that sense, Roger Williams — as a university that represents the ongoing vitality and vigor inherent in the “lively experiment” that is Rhode Island — has more in common with Mr. Jefferson’s University of Virginia than one might think, as fellow institutions “based on the illimitable freedom of the human mind,” and where one might find salvation, of a very modern, yet still classical, sort.