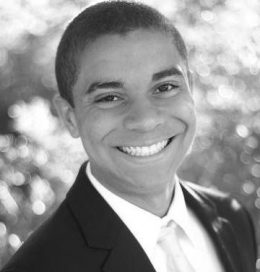 Taking a cue from Vladimir Putin and other authoritarian leaders, Hungarian Prime Minister Viktor Orbán and his right-wing Fidesz party have been eroding basic human rights and freedoms in the country since coming to power in May 2010.

This is nothing new. Europe is once again witnessing the rise of right-wing populist movements that are gaining seats in European legislatures and electing presidents and prime ministers with authoritarian tendencies.

During his time in power, Orbán has demonized political adversaries, immigrants and the media.

Tom Popper, former editor-in-chief of the Budapest Business Journal, knows this pattern all too well. Popper, who grew up in New York, moved to Hungary in 1991, two years after the fall of the Berlin Wall. He recalled a wave of euphoric feelings and sentiments as democracy was budding in the former Eastern Bloc nations. That same year, the Soviet Union collapsed.

But since 2010, Popper has watched with despair as press freedoms have deteriorated in the country. And Popper believes that, if given the right circumstances, President Donald Trump would implement similar measures. “I think Trump would do what Orbán is doing if he could,” he said.

Freedom House, a U.S.-based think tank dedicated to expanding freedom and democracy around the globe, labeled Hungary “partly free” in 2017 — a departure from its ranking of “free” in 2011.

In the years since coming to power, Orbán has launched a campaign targeted against independent media outlets. Extensive media legislation has been passed that has undermined the Hungarian Constitution’s guarantees of freedom of speech and the press. Public broadcasters have shown clear favoritism toward the ruling party, and the government seeks to bring the media into line by awarding advertising contracts to pro-government media outlets.

In 2016, Hungary’s largest independent daily newspaper, Népszabagság, was suspended from operating by the government. Shortly after, the parent company of the newspaper was sold to a pro-Orbán ally. Independent media outlets still operating in the country are facing uncertainty in wake of renewed government pressure.

Just last week, the Central European University announced that it was being forced from its campus in Budapest by Orban’s government. CEU is run and funded by Holocaust survivor and Hungarian-American billionaire George Soros, a proponent of liberal causes. Orbán has now added Soros to the list of things he has demonized.

Also, hundreds of private Hungarian news outlets were simultaneously donated by their owners to a central holding company run by people close to Orban. The government now controls most television stations and other media outlets, and as such, the narrative is one of promoting an environment where criticism of the government will not to be tolerated.

Journalists in Hungary have reported being intimidated and harassed by the government. Many have since left the country.

Still, Popper remains hopeful. “The real cure to repression is good journalism,” he told a group of RWU journalism students during a Skype interview on Dec. 4.