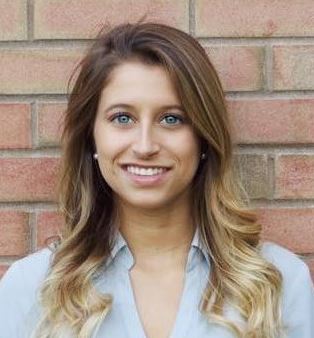 Jamie Costa, a RWU senior double-majoring in journalism and Spanish:

BOSTON – Surrounded by the tall buildings of the city, the Renaissance Boston Waterfront Hotel welcomed college students and renowned journalists to the 2018 New England First Amendment Awards on Feb. 23.

Among those accepting awards was The Boston Globe’s Todd Wallack, who was honored with the Michael Donoghue Freedom of Information Award.

“This was a complete surprise,” Wallack said about winning the award. “I found out when (NEFAC Executive Director) Justin Silverman called me and asked if I would accept and come and speak.”

Wallack has been praised for his investigative reporting long before he began work in 2007 with the Globe, where he is also part of the Spotlight Team.

His 2017 body of work included stories about online accessibility to criminal records, transparency within the MBTA and the overuse of certain public records law exemptions to keep information secret, according to the Boston Globe Online.

“[Our] reporting led to a lawsuit by The Boston Globe to compel the release of mugshots and arrest reports,” Wallack said. “We exposed the reluctance of state officials to share details of investigations.”

Despite a recent overhaul, the Massachusetts public records law remains one of the weakest in the country in a lot of ways, Wallack said.

“How bad is it?” he asked. “You have probably heard we are the only state in the country where the legislature judiciary and the governor’s office all claim to be completely exempt.”

Also, if a public records request is rejected, the appeals process involves two separate state agencies. Appeals first go to the secretary of state’s office, but even if you get a favorable ruling there, it’s then up to the attorney general’s office to enforce the rule, Wallack said.

“So unless both agencies agree, nothing happens,” he said. “It’s sort of like requiring two people to turn the keys to launch a nuclear missile. Because apparently our legislature believes enforcing the public records law is an action so serious that we need two separate constitutional officers to turn the key.”

Going forward, Wallack advises that journalists and the public ask law officials what they can do to change the current policy. “It’s important that the public has access to our information rather than just relying on press releases,” he said.

Since the early days of journalism, watchdogs have been important in society in order to keep the government in check. Wallack has demonstrated his journalistic watchdog role through his dedication to the public, as many journalists have vowed to do.

“Having access to documents is how we can independently find out what’s actual happened rather than solely relying on what public officials tell us,” Wallack said.