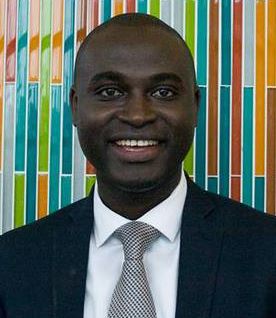 Omar Bah, founder and executive director of the Refugee Dream Center, in Providence, who earned a master’s degree in public administration from RWU in 2014:

I only have to look at the bayonet scar on my left hand to remember how Gambian President Yahya Jammeh treats a free press: The dictator’s soldiers beat, kicked and tortured me when I attempted to cover a secret trial in The Gambia, my native country. And I barely escaped with my life, fleeing the smallest nation on the African mainland before finding refuge here in America’s smallest state.

I thought I would never set foot in The Gambia again. But Jammeh, the authoritarian president for the past 22 years, lost the presidential election on Dec. 1. While it remains unclear if he’s going to willingly step aside, I hope to establish a private, independent newspaper there.

And Rhode Islanders can help. If anyone has computers – or, better yet, a printing press – please contact me through RWU’s First Amendment blog (efitzpatrick@rwu.edu) or contact me directly at omarbah79@gmail.com.

This is a crucial moment for a free press — and for a fragile democracy — in The Gambia. And this little state can make a big difference.