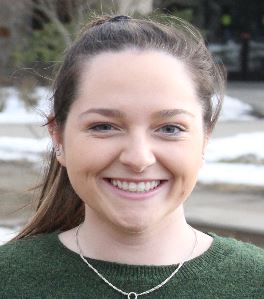 BOSTON — Exercising freedom of the press should be an easy act, no matter what age. For student journalists at Burlington (Vt.) High School, this was not the case.

In 2018, editors from The Register, Burlington High School’s student-run newspaper, published an article stating that a guidance director at the school was under investigation and faced disciplinary charges from the Vermont Agency of Education.

“We all made the decision together,” Editor Halle Newman said. “We knew this was going to be something important and something we needed to share.”

After the story broke and their principal forced them to remove the article, the students fought, including attending multiple town meetings, to avoid future censorship. This was a battle that they won.

The School Board appointed the editors to a special committee to review the school’s policies on student publications so they conform to state and federal law. In 2017, Vermont had passed “New Voices” legislation as part of a national effort to protect high school and college journalists and their advisers from retaliation by school officials. And as a result of the students’ efforts, Burlington High School now has an updated policy that is designed to prevent similar censorship in the future. Also, the guidance director has lost his license.

The students were honored by the New England First Amendment Coalition in Boston on Feb. 15 for their courageous efforts.

“It was definitely like delving into the unknown at first, but we were running on adrenaline at that point,” Editor Julia Shannon-Grillo said. “I think it’s made more people want to write for us and become more motivated to write things like this.”