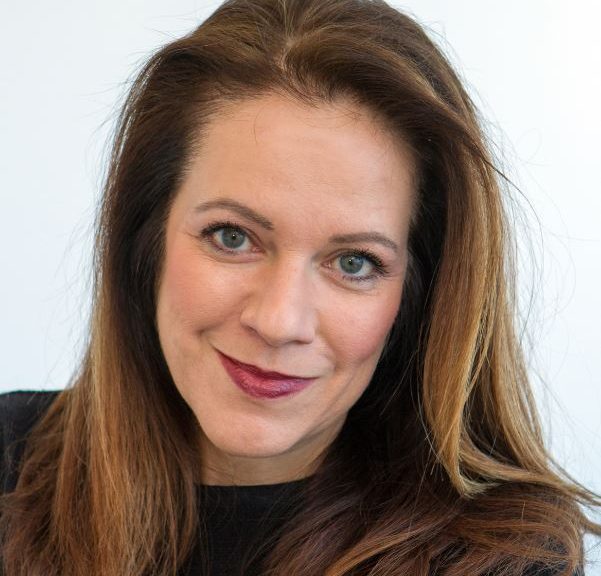 Paola Prado, RWU associate professor of journalism and adviser to university’s chapter of the Society of Professional Journalists:

At the time of this writing, it’s been 130 days since the president-elect held a press conference.

This break from a 103-year tradition that dates back to Woodrow Wilson leaves members of the Washington press corps to read the tea leaves of realDonaldTrump tweets in search of clues as to the mindset of the next U.S. president.

In this brave new world of restricted press access, it was no surprise to see PEOTUS unleash a Twitterstorm when he suggested acts of flag desecration deserve punishment: 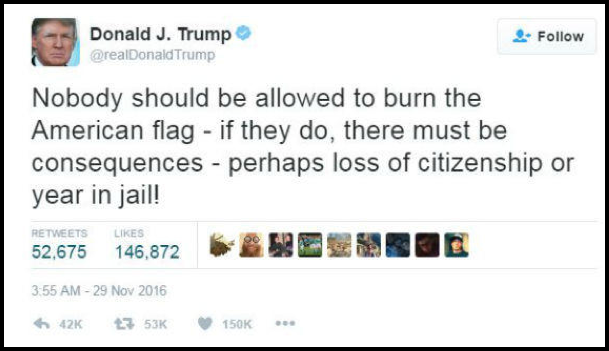 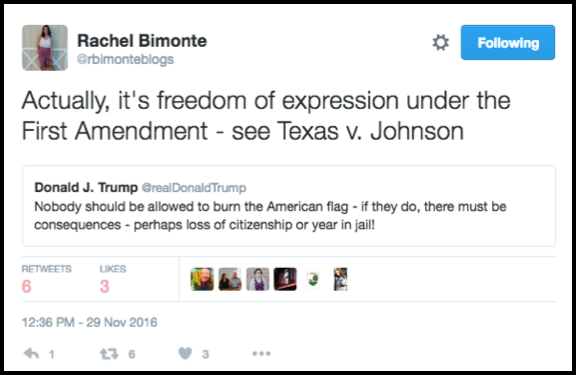 Rachel Bimonte knew as much because students enrolled in the RWU Journalism program are required to study the First Amendment in a semester-long course on Media Law and Ethics. Our journalism students learn that the Supreme Court ruled flag desecration is a symbolic form of political expression, the highest form of protected speech under the First Amendment. This has been settled law since Texas v. Johnson, 491 U.S. 397 (1989), a 5-4 decision that overturned a Texas statute under which Gregory Lee Johnson had been convicted for burning the U.S. flag outside the 1984 Republican National Convention in Dallas in protest against Reagan Administration policies. Justice Brennan delivered the opinion of the Court, which found flag desecration falls outside the narrow definition of fighting words or true threats, speech categories that allow for state curtailment of freedom of expression.

This information confounds many students who first arrive in class unclear about the five freedoms guaranteed under the First Amendment. Students enrolled in media law re-enact this particular SCOTUS case in a mock trial where they tussle with Justice Brennan’s assertion that, “the government may not prohibit the expression of an idea simply because society finds the idea itself offensive or disagreeable.”

The First Amendment protects our right to burn the flag in protest because government may not discriminate on the basis of the content of speech. Indeed, the same rationale that guarantees anyone’s right to burn the flag in protest without fear of government punishment also protects Donald Trump’s right to engage in the racist rhetoric of dog-whistle politics. The Supreme Court has so far upheld our right to principled dissent as the bedrock of democracy.

The founding fathers fought the War of Independence over the right to dissent from government without risk of imprisonment or exile. Following their defeat of the British monarch, it’s a pity that they did not think to inscribe in the Constitution a requirement that government officials take a course in media law and ethics before they take the oath of office.