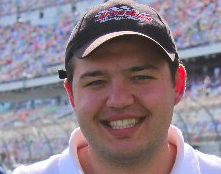 It’s no secret that President Donald Trump is a fierce critic of the news media. Whether it’s a tweet he sends out at 3 a.m. bashing The New York Times or his verbal attacks on White House reporters during press availability, he has made it clear that he is not a fan of what the news media has to offer.

As president, Trump has jettisoned protocol when it comes to working with the news media. But he works for the residents of the country, and the journalists that work inside the White House must provide the news that the public needs to hear — which might sometimes include news that Trump may otherwise want to downplay.

A panel delved into those subjects, and more, during a March 29 event, “The Press & The President,” at the Roger Williams University Providence campus. At one point, RWU journalism Professor Paola Prado took issue with how White House Press Secretary Sean Spicer told American Urban Radio Networks reporter April Ryan to “stop shaking her head” during a press availability.

Prado pointed out that during the campaign, Trump repeatedly singled out NBC reporter Katy Tur in front of a crowd. “So if you have a female reporter and you set the people out against her and you call her out like the president did in the campaign to Katy Tur, and you have a man (Spicer) singling out the one black woman reporter working in Washington for decades, I have a problem with that because — you know what? — he works for me, too. And I’m a woman and I’m a reporter. And I want my class and my profession to deserve the same respect that he awards to the people he prefers.”

Rhode Island Republican Party Chairman Brandon S. Bell, a RWU School of Law graduate who was also part of the panel, disagreed with Prado. “I don’t know why but every time something happens with the Trump administration, it’s racism,” he said. “I respectfully disagree with you.” When Trump was calling Sen. Ted Cruz “Lying Ted” during the Republican primary, “does he then have something against white guys from Texas?” he asked.

Regarding the Ryan exchange, Bell said, “(Spicer) could have handled it differently. I also thought she could have handled it differently.” He said Spicer — who grew up in Barrington, R.I., and attended Portsmouth Abbey School — has “the hardest job in Washington and he has got the toughest boss in the world.” While Spicer “had a rocky start,” he said, “I think he’s doing a really good job under the circumstances.”

Besides Prado and Bell, the panel included RWU graduate Omar Bah,a former journalist who narrowly escaped from The Gambia and later founded the Refugee Dream Center in Providence; former RWU School of Law Dean David A. Logan; and WPRI-Channel 12 investigative reporter Tim White, a member of the New England First Amendment Coalition board.

The panel was moderated by Edward Fitzpatrick, RWU’s director of media and public relations and a former Providence Journal columnist. More than 50 people attended in Providence, students watched a livestream on the Bristol campus, and the campus radio station, WQRI-FM 88.3, carried the event live.

Prado began the night’s discussion by tracing the relationship between the presidency and the news media back to the 26th president of the United States.

“There has been a relationship between the press and the president for about the last 100 years,” Prado said. “Teddy Roosevelt had instituted the first space for the press inside the White House. We are talking about a really important part of our democracy and a tradition the press serve.”

However, most presidents of the latest century have used the media to their advantage. “The press can be and has been used to send out messages and inform the public,” Prado said.

The panel also discussed Trump’s use of Twitter — which White said might be attracting too much attention. “[Trump] is not going to dial it back,” White said. “He got elected through it, and he has utilized the tool. But what isn’t OK is the press’ reaction to it. What is not OK is the breathless coverage of every single tweet that goes out.”

White said some members of the news media need to think twice before reporting on the tweets. Each time they do, they seem to add fuel to the fire.

Prado said parents of some RWU students worry that there will be too few journalism jobs in the future. But, she said, “In a way — it’s very perverse — I guess I have to thank the current administration for making my job much easier. I now have students who are incredibly engaged — an enraged — and arrive in class every day asking for more.”

All in all, no matter what Trump believes, the White House press corps plays a crucial role in informing the public. We, the public, are entitled to know what Trump may not want us to know.

As president, he works for us.