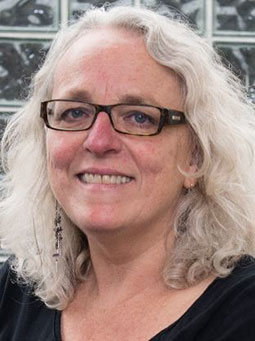 During an on-camera forum with students in early October, Rhode Island Gov. Gina Raimondo answered a question about the press by saying that local broadcast news was increasingly “like talk radio” and that the only daily statewide newspaper, The Providence Journal, couldn’t be relied on anymore because of dramatic decreases in the numbers of reporters working there. Her comments provoked a strong reaction by local media, which lead to her public apology and her acknowledgment of the important of local news organizations.

And yet the governor made a good point, however inartfully. Over the past two decades, those of us working in state and local politics have observed a significant shrinking of the media presence in our arenas. In 2002, I became an elected town councilor in Barrington and served there for 14 years. In the beginning, there was a press table at the front of the council chambers at each monthly meeting, with a reporter from the local weekly and one from the Providence Journal. The larger cities in the state had bureaus of their own.

Now, the local paper does not send a reporter to the meetings because there is no reporter. The editor watches the meetings on video and if he has time between reporting, editorializing and putting the paper to bed, he might call a council member with a question or two. The Journal also never shows up and rarely writes about local politics. On Election Day, maybe. If there is a major crime in town or a political scandal, certainly. But, to be the paper of record on the daily business of government, no longer.

I’ll leave it to others to analyze the causes of this situation. What I can say is that the consequences are significant. Increasingly, the public square is inhabited not by journalists but by public relations professionals, spin doctors and denizens of social media. These folks are not researchers, and they are certainly not objective. They are advocates for a specific interest, not journalists serving the public interest. Their contributions to public discourse are not fact-checked, do not require two sources and, in many cases, are anonymous.

When journalists are in the room, elected officials of integrity have allies in their effort to make public policy in a transparent and accountable manner. This was part of Governor Raimondo’s concern; she was frustrated by what she perceived as insufficient media attention to the accomplishments of her first 1,000 days.

But, of course, when journalists are absent, not only do viewers and readers miss the good news, they also miss the stories of corruption, incompetence, inattention and inaction. Politicians, both virtuous and less so, can get away with more — missing meetings, missing votes, being unprepared, voting against the interest of their voters and against the public interest — if journalists are not there to bring the story to the public.

The authors of the First Amendment understood that a vibrant independent press is an essential check on government power and an irreplaceable source of information for citizens. They could not have anticipated the internet, which has made the 20th-century business model obsolete. It is incumbent on all of us — citizens, journalists and power-holders alike — to search for a way to support that press table at the front of the room and that intrepid reporter at the politician’s door.