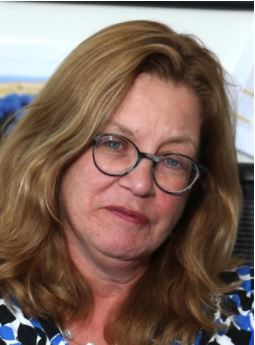 Diana Hassel, law professor and associate dean for academic affairs at the RWU School of Law:

The U.S. Supreme Court recently heard arguments in Masterpiece Cakeshop v. Colorado Civil Rights Commission, a case that pits the First Amendment right of expression of a cake maker against the right not be discriminated against based on sexual orientation.

The high court must determine whether the right to be free from discrimination takes priority over religious objections. As part of its growing solicitude toward religious disagreement with governmental policy, the court might well be on the brink of making a major change to anti-discrimination law. This possible change in well-established doctrine has raised alarm in the civil rights community. If a baker can refuse to supply a wedding cake to a gay couple in violation of anti-discrimination law because of the baker’s religious beliefs, what is next?

At oral argument, Justice Elena Kagan questioned whether a ruling in the baker’s favor would then allow a bakery or a restaurant to refuse to serve an interracial couple or an interfaith couple – thus undermining the hard-won anti-discrimination laws that have been in place for several decades.

As Justice Sonia Sotomayor stated: “We’ve always said in our public accommodations law we can’t change your private beliefs, we can’t compel you to like these people, we can’t compel you to bring them into your home, but if you want to be part of our community, of our civic community, there’s a certain behavior, conduct you can’t engage in. And that includes not selling products that you sell to everyone else to people simply because of their race, religion, national origin, gender and, in this case, sexual orientation.”

The dispute in the case before the court arose when two men attempted to order a wedding cake from the Masterpiece Cakeshop. The owner, Jack Phillips, would not take their order, stating that he did not create cakes for same-sex weddings. Phillips believes that “decorating cakes is a form of art and that he can honor God through his artistic talents, and that he would displease God by creating cakes for same-sex marriages.”

The two men, Charlie Craig and David Mullins, filed a complaint with the Colorado Civil Rights Division.  Colorado law prohibits discrimination based on sexual orientation in places of public accommodation such as bakeries. After administrative proceedings, the Colorado Court of Appeals determined that Masterpiece Cakeshop had violated Colorado law and ordered the bakery to cease and desist its policy of refusing to make wedding cakes for same-sex couples. The Colorado court rejected the baker’s First Amendment speech and free exercise arguments.

Counsel for the cake baker have argued that the Colorado anti-discrimination law violates free speech rights because the baker is being compelled by the government to express a message that is contrary to his religious beliefs. Requiring him to make a wedding cake for a same-sex couple, he argues, is forcing him to celebrate and condone same sex marriage. This argument asserts that the design and creation of a cake is different from the provision of other non-expressive services and therefore should be treated differently under anti-discrimination laws and exempted from the requirements of those laws.

While there seemed to be considerable support for the Masterpiece Cakeshop’s position among several of the justices, there was also much discussion about how to draw a narrow enough ruling that would protect the baker’s First Amendment rights but not at the same time seriously weaken anti-discrimination law.

As with many contentious issues, the decision is likely to be determined by a narrow 5-to-4 majority, with Justice Anthony Kennedy wielding the swing vote. We will know by June.